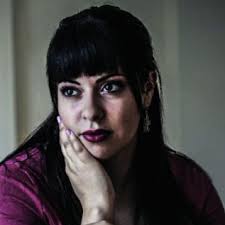 Dassi Erlich’s campaign #bringleiferback is the story of three sisters’ battle to bring their alleged abuser, Malka Leifer, previous Principal of Adass Israel Girls School, to justice.
Dassi was only 16 years old when  the alleged abuse begun by the then Principal of Adass Israel Girls School, Malka Leifer, where Dassi said that she had no one to talk to and was confronted with the issue of whether even if she did tell someone she did not know what to say. This was the same with the other girls who were also allegedly abused including Dassi’s two siblings  who later joined the campaign to expose and bring Leifer back to Australia to face the 74 child sex abuse charges as she then fled to Israel.

Dassi Erlich has since created a campaign on facebook #bringleiferback where she has received tremendous amounts of support and hopes that her inspiring story will give other survivors the strength and courage to speak out as well as having an exclusive 2 part series created called The Justice Principle by Australian Story airing on ABC TV.
The series can be viewed by clicking on the following links: Part 1  Part 2